Decision on children’s hospital delayed up to three months

Decision on children’s hospital delayed up to three months

A decision on planning permission for the new National Children’s Hospital has been delayed by up to three months. 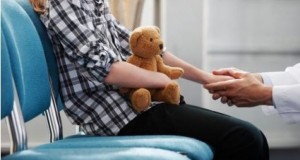 An Bord Pleanála was due to make a decision on the €65 0 million project by next week, but now says a decision will be announced before May 12th.

The board says the delay is due to the “complexity of issues in the case”, according to a letter being sent to interested parties this week.

Two weeks of oral hearings were held last November and December into the project, which is planned for a site at St James’s Hospital in Dublin.

The hearings heard opposition to the building of the project at St James’s from a variety of groups, including local residents, children’s charities and retired medical personnel.

Earlier this week, a number of organisations opposing the St James’s plan launched a petition to build the hospital on a greenfield site at Connolly Hospital Blanchardstown.

The group, which includes the Jack & Jill Foundation and Blackrock Clinic founder Jimmy Sheehan, claims the St James’s site is beset by construction complications and will be prone to cost overruns and construction delays.

The board’s announcement is only the latest delay to hit plans for a new national children’s hospital. In 2012, the board rejected a proposal to build the project at the Mater Hospital in Dublin.

It was originally hoped the new hospital would be ready this year in time for the 100th anniversary of the Easter Rising. Before the latest delay, it was scheduled for completion in 2020.