Windfarms louder than birdsong will be forced to shut down under new regulations due to take effect early next year.

Energy Minister Denis Naughten has defended new wind energy guidelines, saying that the noise produced by turbines will dictate whether they can be located close to communities.

The draft regulations, which are subject to public consultation, include a minimum setback distance of 500m between homes and turbines, or one-of-four times the height of the turbine and the nearest residential property.

But Mr Naughten said the regulations included a “zero-tolerance” approach to shadow flicker and nuisance sound.

The maximum noise level which can be produced on a consistent basis will be 43 decibels and a bird call is about 44 decibels.

“The reality is, from talking to people, the one big issue which has come up is the sound issue. The standards ­(today) are unenforceable, and these regulations bring in the most ­robust ­system ­probably in the world in ­relation to sound.”

Monitoring of noise from ­turbines will be put in place, and the Environmental Protection Agency will be charged with enforcement.

A person living up to 3km from a windfarm could experience a problem with low-frequency sound, he said, and that this would have to be taken into account when deciding planning permission for new windfarms.

He also said that a condition of receiving payments from the State for producing clean energy would also require noise limits to be kept below the threshold.

If a problem arose, and the sound levels could not be reduced, the turbine would be forced to power down. While the industry was “not happy” with the regulations, he believed they provided the appropriate protections for communities.

The Government is also proposing a community dividend in areas where turbines are approved.

The regulations are due to take effect in the first quarter of next year. 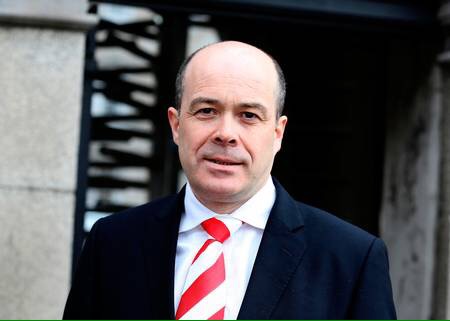