The backers of an independent proposal to lengthen one of Heathrow’s existing runways have become the latest group to warn that the Government risks a legal challenge if it backs rival plans to build a third landing strip. 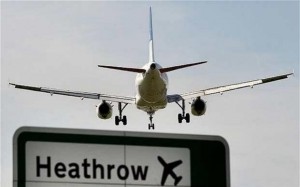 Heathrow Hub, which is led by former Concorde pilot Captain Jock Lowe, has argued that worries about jet engine noise could provide opponents of another runway in west London with grounds to block the mooted project in the courts.

The owners of the west London airport, which include infrastructure group Ferrovial and Qatar, have proposed building a third runway, while Heathrow Hub, whose supporters include City financier Ian Hannam, has drawn-up rival plans to extend the airport’s northern runway. The two schemes, along with Gatwick’s proposal to build a second runway, are all vying for Government backing.

While there have long been worries about the noise pollution expanding Heathrow would cause, much of the speculation about a potential legal challenge to a third runway has focused on air pollution. Gatwick has repeatedly argued another Heathrow runway would be illegal because it would breach European Union law governing air quality.

Building a third landing-strip in west London “would require up to 30pc of planes arriving to cross in the air in order to land at whichever runway is closest to the terminals they need,” it has claimed. “The resulting complex flight paths would bring large areas of London into the noise footprint for the first time, as aircraft crossed overhead.”

The crossing of planes would also make it harder for the airport to implement measures such as steeper approaches to reduce aircraft noise, Heathrow Hub argued, adding that it believed “the third runway’s complex new flight paths increase the risk that it could face legal challenge”.