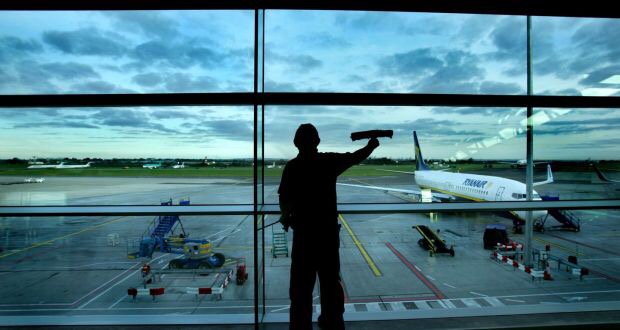 An independent review into the concerns of local people about plans for a third runway at Dublin Airport is expected to be agreed by the Cabinet today.

Minister for Transport Shane Ross is scheduled to bring a memo to Cabinet on the long-deferred third runway proposed by the Dublin Airport Authority (DAA).

The project received planning approval in 2007, but it was deferred following the economic downturn.

The DAA is now anxious to proceed with the €320 million project before planning approval expires, as the number of people using the airport has increased significantly in recent years.

Mr Ross is seeking the approval of his Cabinet colleagues for the establishment of an independent review of all the issues surrounding the third runway, including the noise concerns of local people as well as the commercial feasibility of the project.

It is understood that a number of agencies, including the Irish Aviation Authority, will be considered to carry out the review.

The DAA announced last month that it planned to issue tender documents and hoped to issue a commencement notice to the successful bidder in April 2017 so that work could begin by the summer of next year and finish in 2020.

The company has engaged in talks with residents’ groups about the possible environmental impact of its plans, but some of them fear that the runway will take more flights than initially agreed.

Dublin Airport had a record 25 million travellers last year and its performance in recent months indicates 2016 is likely to overtake that. Its facilities are under increasing pressure and there is speculation that it may have to begin planning for a third terminal.

Just two years ago, it was not expected to reach 25 million passengers, the trigger point for the new runway, until some time in the next decade.

An Bord Pleanála granted planning permission for the project in 2007 but subject to conditions limiting night flights at the airport to 65. The DAA wants that restriction lifted as the current figure is already 99 flights and that is expected to grow.

One of the arguments put forward by the DAA is that aircraft are now less noisy. It is also offering to buy houses in the areas closest to the new runway and to pay for noise insulation in a number of others.