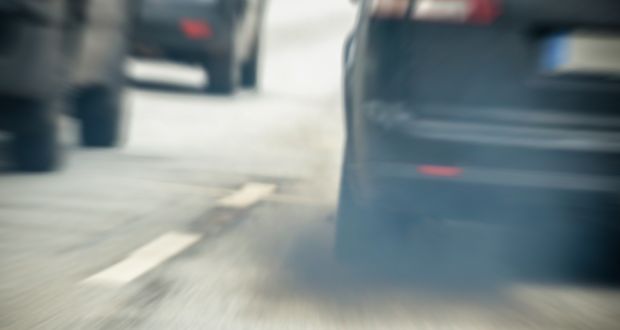 Cork County Council has been accused of arrogance in its determination to push ahead with a €220 million upgrade of the N28 Cork to Ringaskiddy road rather than seriously look at alternative routes that would have less of an impact on residents, an oral hearing into the project has heard.

Domhnall MacDomhnaill of the Rochestown Rise Residents’ Association on Tuesday told the An Bord Pleanála oral hearing into the project that Cork County Council, as the applicant for planning permission, was ignoring its duty of care to residents in Rochestown, Douglas and surrounding areas.

“The application to convert the N28 roadway through the Mulcan Valley from the Bloomfield Interchange to Carr’s Hill to motorway standard and with all that entails, represents an appalling threat and challenge to the peace, way of life, health and well-being of residents of the area.

“It will affect the current generation and future generations of residents of all the mature housing estates in this area of south-east Cork city, their children and their children’s children and it is submitted by a body, Cork County Council, that has in their remit, a duty of care to the community.”

Mr Mac Domhnaill said that proponents of the M28 had shown “a cavalier attitude” towards the residents’ concerns to the point that the council, in its Environmental Impact Statement, admitted that certain protections for the communities might not be “practicable”.

“One standout example of overarching arrogance is on the issue of noise. [The EIS states,] ‘The achievement of design levels of noise limits is not practicable’. In other words, ‘sorry about that but you will have to live with it’,” Mr Mac Domhnaill told the 200-strong attendance at the oral hearing.

“The most blatant omission in the EIS is the almost total, and I repeat, almost cavalier ignoring of alternative routes with the exception of a few pages out of the 1,500 pages,”he said, adding that the EIS appeared to contradict itself when it did finally make reference to alternative routes to the west.

He said the acknowledgment in the EIS that almost 50 per cent of traffic from Carrigaline and Ringaskiddy would continue to use the existing N28 if an alternative route to the west was built was as much a justification for an alternative route as a rebuttal of it as an option.

“It seems to us that the proposed route was selected because it was the cheapest and easiest option, ignoring all alternatives and having scant regard for the disastrous implications of their choice for the residents of the well-populated areas through which the motorway will pass.”

“There has been no consideration given to access to the airport, to facilitating access to the proposed Cork-Limerick motorway or to the northern orbital ring road – in fact the lack of joined up thinking was confirmed by a recent statement by assistant CEO of Cork County Council Declan Daly.

“Mr Daly was quoted in the Irish Examiner as recently as October 25th as saying that ‘there is a need to develop a new road to the airport from the Sarsfield Road roundabout (on the N40); why wasn’t the relevance of the need commented on in the EIS in context of alternative routes?”

Returning to the issue of noise levels along the proposed motorway, Mr MacDomhnaill pointed out that the EIS suggests there will be a significant reduction in noise levels for cattle and sheep in the fields south of Carr’s Hill, but little noise reduction for residents further down the valley in Rochestown.

Resident Maureen O Beirne of Maryborough Heights said that as it is, she and her neighbours cannot hear the TV if their windows are open due to the proximity of the N28 after the council decided to build the road through a beautiful wooded valley 20 years ago.

The council had planted a screen of trees to provide some protection against noise pollution but now it was planning to cut down those trees as part of the upgrade of the route to motorway status. This would result in a huge increase in noise levels for the residents.

Everyone in the area had invested hugely in their houses over the years and for most if not all families, their houses represented their greatest investments, but their properties would be drastically devalued if the M28 motorway was allowed go ahead just outside their back gardens.