What are Strategic Noise Maps?

What are Strategic Noise Maps?

Strategic noise maps are produced using computer software (such as CADNA-A)  that calculates the noise levels from information on  traffic flows (annual AADT figures), rail movements, aircraft movements and industrial noise (yet not  considered in Ireland). It also takes account of topography (ground levels and building  heights) of an area. Computer modelling is used as noise measurement would be prohibitively expensive and could not, over the course of a year, practically cover the large areas and numbers of buildings to comply with the Environmental Noise  Directive. It would also be technically difficult to isolate the different noise sources i.e. road traffic, aircraft traffic and rail traffic. The noise maps are contour maps showing areas of differing levels of noise at a height of 4m above ground, for an average day in the year for individual sources i.e road traffic railway traffic, aircraft in flight of industry (had it been plotted in Ireland). For urban areas these can  be combined into one map to give an overall picture of the noise climate. 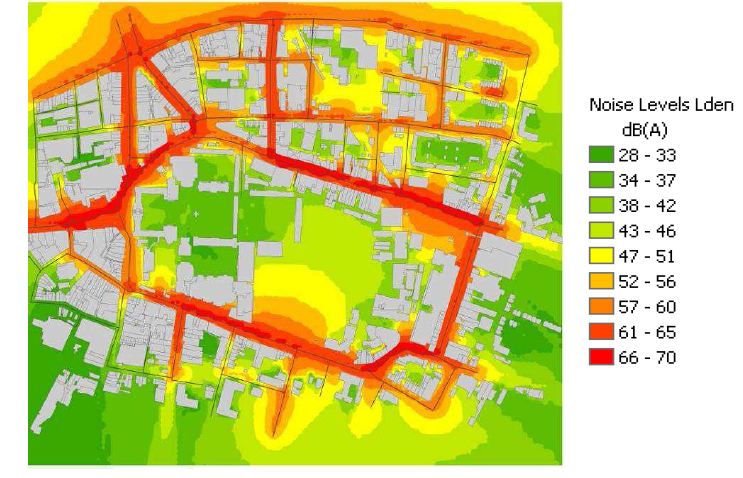