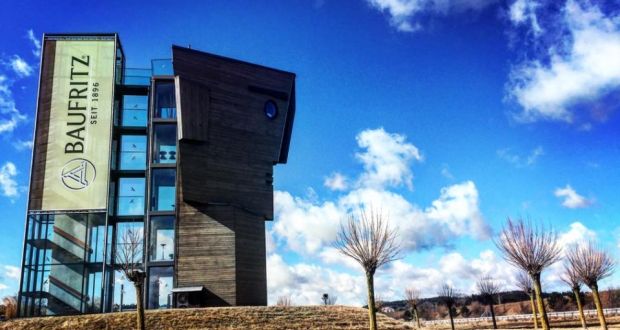 An ambitious plan to create Ireland’s first high-end eco-estate of prefabricated timber homes has ground to a halt after An Bord Pleanála refused it planning permission.

The proposed 24-property Baufritz development, in Skerries in north Co Dublin, was set to mark the German eco-housing giant’s first foray on to Irish soil.

Planning for the project, Holmpatrick Cove, which includes a hotel, was passed by Fingal County Council earlier in the year, with the application lodged with An Bord Pleanála prior to the summer.

The board’s refusal this week relates primarily to the hotel’s inclusion in the development, stating that hotel use is not permitted on the parcel of land in question, which is zoned for open use and recreational amenities. The report also cited development regulations requiring visitor accommodation to be located in a town or village. Holmpatrick Cove is located just outside Skerries town.

The project’s developer in Ireland, Michael Branagan,told The Irish Times: “We’re shocked by this unexpected decision, given the quality of our proposal and the employment and amenities that it was bringing to the town, such as a hotel, swimming pool, ready-to-go coastal park, coastal walkway and training spaces, and 24 eco-friendly homes.”

“In January of this year Fingal County Council gave a strong grant of permission which fully endorsed our plans and the forensic planning approach we have taken. Unfortunately this decision was appealed to an Bord Pleanála by a very small minority of appellants who live near the site. Their objections were comprehensively dealt with in our response to their appeals in March of this year.”

The An Bord Pleanála report indicated that the hotel and playing fields included as part of the development could lead to both unsustainable transport and noise in a rural area. The visual impact on the amenities and landscape of the surrounding area were also cited as contravening guidelines for sustainable residential development in urban areas.

Mr Branagan added:“We believe the decision made by An Bord Pleanála is flawed, and we are considering all of our options. The local reaction is of shock and disbelief, and the offers of help to organise petitions and even marches are pouring in. This gives us a lot of comfort, as we have put our heart and soul into a project that we still believe is right for Skerries. Having no hotel in a town that is a National Tidy Towns winner is a major infrastructural gap, and its construction was supported by Fáilte Ireland at this location. ”