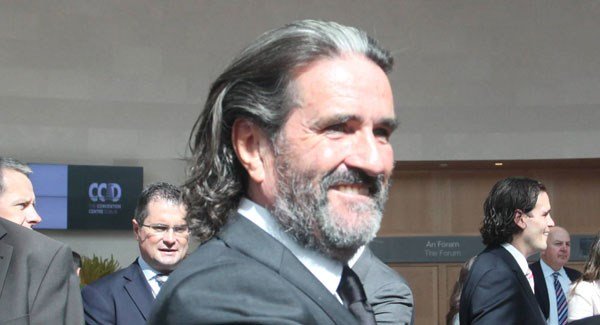 Dublin City Council has told a company owned by developer, Johnny Ronan, to keep the noise down in its planned new ‘live-work’ venture at Mr Ronan’s luxury Embassy House in Dublin 4.

Mr Ronan’s RGRE Embassy Ltd has secured planning permission for the live-work proposal at No 32 Burlington Road after the company almost halved the quantum of office space proposed from 353 sq m to 187 sq m due to concerns expressed by the planning authority.

As part of the permission, the city council has included a condition in the interests of residential amenity that noise from the commercial use shall not be so loud, so continuous, so repeated or of such duration that would annoy people in the neighbourhood.

The detached house is currently for rent through AirBNB and the ‘magical six-bedroom city home’ can cost over €1,000 per night at peak season and a number of locals had objected to the Ronan ‘live-work’ plan.

The Council has inserted the noise condition after locals last year claimed in objections to the planning department that the property was being used as a noisy party venue.

Nearby home-owner on Upper Leeson Street, Siobhán Moore, told the Council in an objection that the property was used as a ‘pop-up party venue’ during last May’s Bank Holiday weekend “and it was a complete disaster”.

Ms Moore stated that the noise from the property was intolerable for the full bank holiday weekend with party music blaring late into the night and early morning for all three nights.

Ms Moore said: “The whole location was affected and it was as if it was a nightclub which is totally out of character for the residential area.”

Local resident, Anthony Childs provided documentary evidence of Red Bull staging a ‘free gaff’ event at the property over three nights last Easter and told the Council that he was objecting to the live-work application in the strongest possible terms.

The live-work split is now 65% residential and 35% office and the council planning report state that this is acceptable “and the revised proposal is more reflective of a live/work unit”.