Jools Holland in row with wedding venue over music past 11pm

Jools Holland in row with wedding venue over music past 11pm 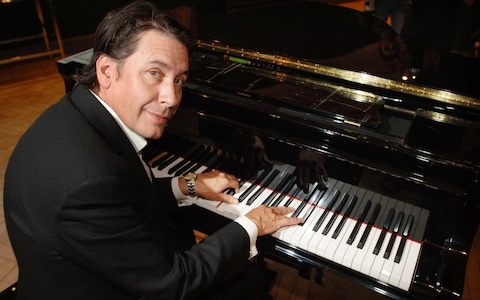 Each year millions stay up late with Jools Holland to welcome in the New Year, counting down the minutes until they can raise a glass as he unleashes the roaring Scots Guards at midnight.

Yet the host of Jools Holland’s Hootenanny and Later…with Jools Holland has become embroiled in a row with a wedding venue next door to his home, complaining that they should be forced to turn off the music at 11pm.

Mr Holland, who has in the past said that he “limits the scope of my interests to music”, has applied to Medway Council for the Cooling Castle Barn to have its licence reviewed.

Despite using its facilities for his own wedding in 2005, Mr Holland’s formal review application said the “adverse impacts” of the venue, which regularly breaches regulations, continue to “blight the lives” of its neighbours.

The venue in Rochester, near Kent, which has hosted weddings for nearly 20 years, could have its licence to sell alcohol and play loud music revoked in the long-running dispute. It has accused Mr Holland of becoming “so sensitive that any noise is too much noise.” 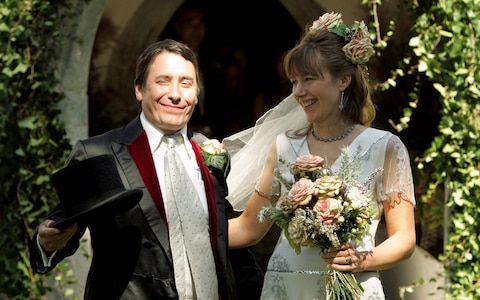 Mr Holland’s spokesman said he was merely “trying to lead a normal lifestyle”, yet more than 50 businesses, staff and villagers have written to the council backing the venue.

The former Squeeze musician, who has remarked that he will tour until he “drops dead”, has lived in the neighbouring Cooling Castle since 2002.

He began keeping a diary of incidents last April up until June this year, some of which he says “are directly in breach of the existing licensing conditions”, and has commissioned a noise consultant to assess the impact of the noise.

In a letter to the council’s environmental protection team, Mr Holland said: “There are consistent disturbances every day from early in the morning until late at night.”

Rebecca Collins, director and general manager at the venue, said that it was a “very worrying time” for staff and that Mr Holland has become less willing to live next door to a wedding venue.

She said: “In his diary he says he can hear high heels walking up the path.”

Several companies in the region rely on business from weddings held there, including hotels, florists and drinks suppliers, said Ms Collins, and some staff were having to reconsider purchasing new extensions or houses because of the dispute

“People spend many more times what they spend with us in the local area. We have such a positive impact,” she said.

The formal review application, which will be discussed by the council’s licensing hearing panel on Tuesday, called for stricter noise restrictions including an obligation to lower noise levels and no deliveries between 8am and midday.

It also recommended that caretakers or bouncers be on the premises at all times when the accommodation is occupied.

The application said that the “adverse impacts” of the venue were detrimental to the wider community and it was the “attitude” of the management which meant they had “no alternative but to seek the formal assistance from the licensing authority”.

It adds: “The management continue to seek the intensification of their operations, most recently by attempting to remove the condition which prohibits the use of outside areas after 11pm.

A spokesman for Mr Holland said that he had “reluctantly” approached the council as previous discussions with the venue had broken down.

He said: “They want to live quietly in their family home in peaceful surroundings just like anyone else.

“During previous discussions with Cooling Castle Barn, the Hollands were told that the management could do no more to deal with the situation and if they were unhappy they should approach the council.”

In a statement, Mr Holland added: “This is simply about containing noise and disturbance, which I’m sure can be resolved so we can all move forward together as good neighbours.”