The Sydney Opera House is set to undergo a multi-million-dollar overhaul, with an emphasis on improving its acoustics, once described as worse than an aircraft hangar, officials said Thursday. 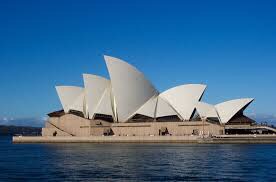 The Aus$247 million (US$190 million) revamp is the biggest since Australia’s most recognisable building opened in 1973 and includes other upgrades to the main concert hall and the foyer, along with a new function centre.

The refurbishments in the concert hall will involve the installation of a new acoustic ceiling, specially designed acoustic reflectors, automated draping, and a 3D surround-sound system.

The second-largest performance space, the Joan Sutherland Theatre, is also being redeveloped.

There has long been criticism of the acoustics of the concert hall, which is located inside the largest roof sail of the Opera House.

US actor John Malkovich in 2014 said the acoustics were so hideous they “would do an aeroplane hangar a disservice”.

“It’s lovely to drive by on a motor boat and it has a very nice crew, and very capable, but the acoustics are hideous,” the American star told a local newspaper then.

In 1999, Sydney Symphony Orchestra chief conductor Edo de Waart threatened to boycott the venue during the 2000 Olympics, calling its acoustic reflectors “a joke”.