Kerry farmer Michael Ferris has had his sentencing increased from five years to nine in the Court of Criminal Appeal.

THE COURT OF Criminal Appeal has ruled that a five-year jail term imposed on Kerry farmer Michael Ferris for the killing of another farmer with a piece of farm machinery in 2017 was unduly lenient, with the three judges quashing the sentence and jailing him for nine years. 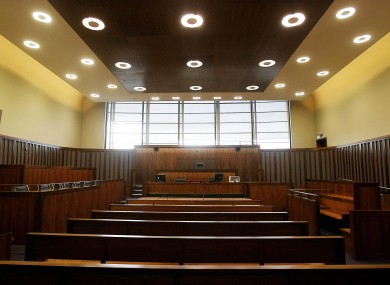 The DPP had lodged an appeal against the perceived leniency of the jail sentence imposed on Ferris.

Prosecutors had argued that the five-year jail term given to Ferris, who drove the prongs of a teleporter into his neighbour after a decades-long row about a noisy bird-scarer, was “unduly lenient”.

Dairy farmer Ferris (64) of Rattoo, Ballyduff, Co Kerry, had denied murdering his neighbour Anthony O’Mahony (73) over the use of a crow-banger for scaring birds at Rattoo on the morning of 4 April 2017. A two-week trial last year was told that the noise from the crow-banger “would wake the dead”.

At a sitting of the Court of Criminal Appeal today the President of the Court, Mr Justice George Bermingham, said that the suspension of parts of the original sentence was an error that required intervention.

He described the case as being both “unusual” and “particularly gruesome.”

Mr Justice Bermingham said that it was an unusual provocation case in that provocation typically involves sudden and immediate loss of control. He stated that this case involved a degree of pre-consideration by Ferris.

He said that the offence required placing on the high end of the manslaughter scale. He said that a sentence of six years with one year suspended simply did not reflect the enormity of what had occurred.

He stressed it was the belief of the three-judge court that the headline sentence in the case should have been 15 years.

Mr Justice Bermingham said that discounts to the sentence were excessive and whilst the court was of the belief that there were mitigating factors, a sentence close to or in the double figures would have been more appropriate in the case.

He acknowledged that a re-sentencing in the case would be a source of “considerable disappointment to him (Ferris) and all those who are close to him”.

The court quashed the original sentence, jailing Ferris for nine years. His sentence was backdated to the day of the sentencing hearing.

Justice Bermingham said no suspension in that sentence was appropriate emphasising that Ferris wouldn’t find it difficult to rehabilitate himself into society.

The Central Criminal Court heard in evidence in December of last year that tillage farmer O’Mahony suffered “catastrophic injuries” after he was repeatedly stabbed with the prongs of the teleporter while he sat in his car.

A jury sitting in Tralee found Ferris not guilty of murder but guilty of O’Mahony’s manslaughter by a majority verdict of 10 to two.

The Director of Public Prosecutions had sought a review of Ferris’ sentence on the grounds it was “unduly lenient”.

Earlier today at the Court of Criminal Appeal sitting in Cork, Patrick McGrath SC for the prosecution, had appealed the leniency of a five-year sentence for manslaughter.

He said that the presiding judge in the case Ms Justice Carmel Stewart had set a twelve-year headline sentence.

He said that this was reduced by one-third to eight years and then by a further two years for reasons which the prosecution said were not sufficiently clear. McGrath said further to that the last year of the six-year sentence was suspended.

“The deceased was a 73-year-old farmer going about his business in April 2017. He had a dispute over a number of years over a crow-banger. It was operating for a week prior to this. It lets out a loud bang. It is not a permanent feature.

He (Ferris) blocked the road with a teleporter – a large agricultural machine with a number of prongs at the front of it.

“Mr Ferris had blocked the road with this teleporter. He got into this teleporter and drove it into the car driven by Mr O’Mahony. He pushed the car back up the lane… It lifted the car and dropped it a number of times… The forks became embedded in the car,” McGrath said.

McGrath said the basis for the appeal of the leniency of sentence was the level of violence, a significant degree of pre-meditation, the extent of injuries and fact that alleged provocation by the deceased was a matter which was left to the jury to rule on.

The prosecution senior counsel said the crow-banger had been operational for about thirty years on a seasonal basis for up to a month of seed-sowing annually.

He said that given that it had been going on for so many years it did not explain why on this particular instance it would cause a person to lose their control.

He stressed that there was no threat being made by O’Mahony.

“The court is entitled to look at the low level of provocation and high level of violent response… There was a deliberate act of violence, a high level of violence and it continued for a considerable period of time… causing unspeakable and grotesque injuries… It was not a spontaneous reaction to provocative behaviour,” McGrath said.

McGrath said Ferris had told gardaí the crow-banger had been operational for seven days before that morning. Asked what made that morning any different, Ferris said, “I just snapped I suppose… I blocked the road with the teleporter (and left it parked). I heard a car hooting. I came out to the transporter.”

Asked what he was thinking at that moment he said, “Nothing, Just to get him and that was it. Drop the forks down on him.”

Asked did he set out that morning to do that, Ferris told the gardaí, “Yes.” Then he added, “Because the banging business had been going on for the past 30 years. He was paying no attention to anyone who said to turn it off.”

McGrath said there was a serious lack of remorse in the case. The first apology came on the day of the sentencing hearing.

Meanwhile, Senior Council for the Defence, Brendan Grehan SC, said the prosecution case was built around a flawed premise.

He maintained that it ignored the fundamental fact that the jury in the case had found Ferris guilty of manslaughter not murder.

He said that the court needed to respect the jury’s verdict.

“It cannot disregard the jury’s verdict and sentence the accused for murder or something close to murder – it cannot do that,” he told the three judge court.

Grehan said Ms Justice Carmel Stewart’s sentence was “a model of how a sentence ought be constructed/constituted”.

He said that to speak of premeditation in the case as the prosecution counsel was seeking to do given the jury’s acceptance of provocation was to in effect “go behind” the jury’s verdict.

Grehan said that the prosecution was seeking to suggest the provocation was of “a low and almost negligible level.”

However, he said that Ferris and other had to listen to the crow-banger going off for over three decades.

“The deceased, having set this up this morning, decided to drive to his home three miles away and go to bed for the afternoon while leaving his neighbours to listen to this crow-banger going off,” he said.

Sixty years to the good had to count for something – you couldn’t find anyone to say a bad word about him.