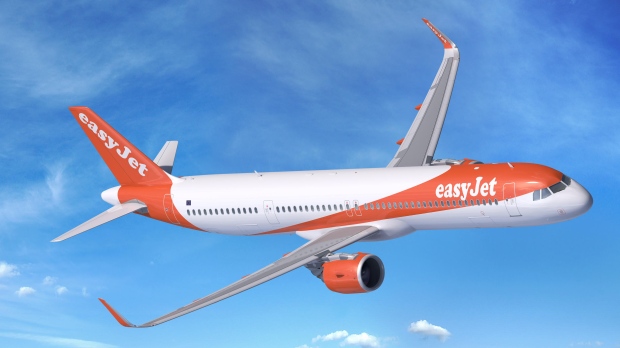 Low-cost carrier easyJet has released a charity album for insomniacs and aviation enthusiasts in general, featuring a single, extended-cut recording of a pair of CFM56 jets flying at 39,000 feet from London Gatwick to Nice.

The project was inspired by research confirming that white noise can help the brain block out sleep interruptions by displacing interruptive sounds like traffic, snoring, and barking dogs, says easyJet.

“The soft, repetitive, ambient drone of white noise can drown out sounds, gently settle the brain and aid the on-set of sleep,” said sleep expert Sandra L. Wheatley, who acted as a consultant.

There is also strong evidence that it can dampen out disruptive noises that can disturb our slumber. The low throb of a powerful jet engine is ideal for this.”

In the UK, the Sleep Council estimates that 22 percent of Britons sleep poorly most nights.

A recent survey conducted for Princess Cruises found that almost half (49 percent) of Americans don’t get enough sleep.

“Jet Sounds” by easyJet as a single is available for 0.79p, while the extended cut is £7.99 on iTunes, Amazon and Google Play. All proceeds will be donated to The Children’s Sleep Charity.