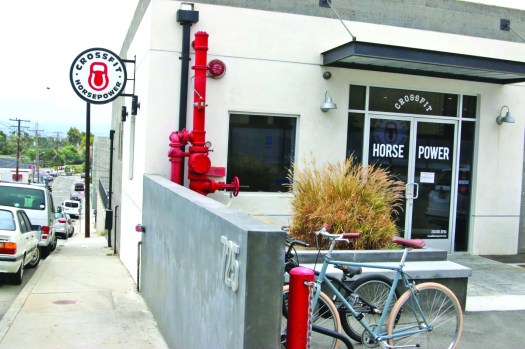 After years of neighbor complaints of excessive noise, a CrossFit gym in a Southern California city has been declared a public nuisance by the city council.

CrossFit Horsepower in Hermosa Beach has 90 days to reduce the vibration and noise caused by weight-lifting or it will be required to cut its operating hours to 8 a.m. to 6 p.m. and eliminate the use of free weights.

This could shut down the business, according to its attorney, Robert Crockett.

“The fact that a nuisance has been presented and does exist and has been habitual since 2015, without any real concerted efforts to resolve it, I think to me is indisputable,” said Mayor Jeff Duclos.

The council’s vote was 3-0. Two members recused themselves because they live near the gym, on a mixed block of residences and light industrial use in this Los Angeles County beach town.

“It’s the kind of business that you would want in your community,” said Crockett, a land-use lawyer with Crockett & Associates. “They attract people willing to spend money, people who want to get fit, people who want to improve their lives. … It’s not an auto repair shop; it’s not a tattoo parlor.”

But a number of neighbors have levied complaints against the business since 2015. According to a report, there were 70 complaints from January 12 to June 26 of this year:  54 related to weights, 12 to music and three to outdoor activity, including running on streets.

Crockett said that six neighbors who are “active” in their opposition to the gym account for about half of the complaints. He deemed the issue a “private dispute between adjoining neighbors” which didn’t rise to the level of being a “nuisance” to the public.

“Yes, they make noise… but I can assure you, you’re not going to find anything,” said Crockett about excessive noise.

As part of the permanent abatement measures, music or any audio must not be audible outside the business; no public streets or sidewalks can be used as part of class or routine; they cannot be open on Sundays; windows and doors must be closed at all hours of operation; and the use of free weights must be confined to the east side of the business with additional padding or measures installed to minimize vibrations until permanent soundproofing is installed.

If, after 90 days, the city is not satisfied, the gym will be forced permanently to cut their business hours and to eliminate free weights, including dumbbells, barbells and kettle balls.

If CrossFit doesn’t comply, the gym’s business license will be revoked by the city.
Source: The Mercury News, to read the article click here.