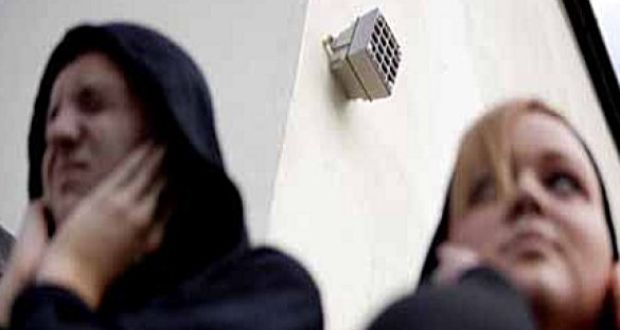 Anti-loitering devices which emit a high-pitched noise to deter teenagers from hanging around constitute a form of assault, Minister for Justice Charlie Flanagan has said.

There have been increased reports of the devices, known as “mosquito alarms”, being used by businesses around Dublin, particularly on O’Connell Street, despite efforts by Dublin City Council to curtail their use.

Denise Mitchell, Sinn Féin TD for Dublin Bay North, said she has received several complaints from young people in recent weeks about the devices which can cause severe pain, especially for people with hearing conditions.

“There was one young girl who had heard it in the shop and she freaked out because her mother couldn’t hear it,” Ms Mitchell said.

She said complaints related to shops and businesses in her constituency but that the devices were most prevalent on O’Connell Street. They are a particular problem for young people waiting at the many bus stops on the street, she said.

Ms Mitchell asked Mr Flanagan about the legality of the issue and he replied they are a form of assault.

“Section 2 of the Non-Fatal Offences Against the Person Act 1997 sets out the offence of assault and refers to the application of force. Noise is expressly included as being one of the types of force to which section 2 of the Act applies.”

The Minister said Garda management has instructed members about the illegality of the devices and directed that any complaints should be “fully investigated with a view to seeking the directions of the Director of Public Prosecutions”.

“If any person has concerns about the use of such devices in a particular locality, the matter should be reported to the gardaí,” the Minister said.

The devices first began to appear about 12 years ago and became popular among businesses seeking to curtail anti-social activity outside their premises. They were even used in public spaces by a local authority, Letterkenny Town Council.

In 2007, the National Youth Council of Ireland called for a boycott of businesses deploying the devices but their use has continued and the alarms are currently available to purchase from several Irish companies.

The alarms emit a constant, very high-frequency noise which can usually only be heard by young people under the age of 25. The small black boxes are typically installed at the entrance to businesses, or sometimes inside, to prevent teenagers from loitering.

“Later on I went around with my cousin who is 13 and he could hear it too. I asked my brother what it was and he told me.”

She has also heard it outside shops on O’Connell Street. Her friends have also come across the devices, including one who has ear problems. “It was really sore for her.”