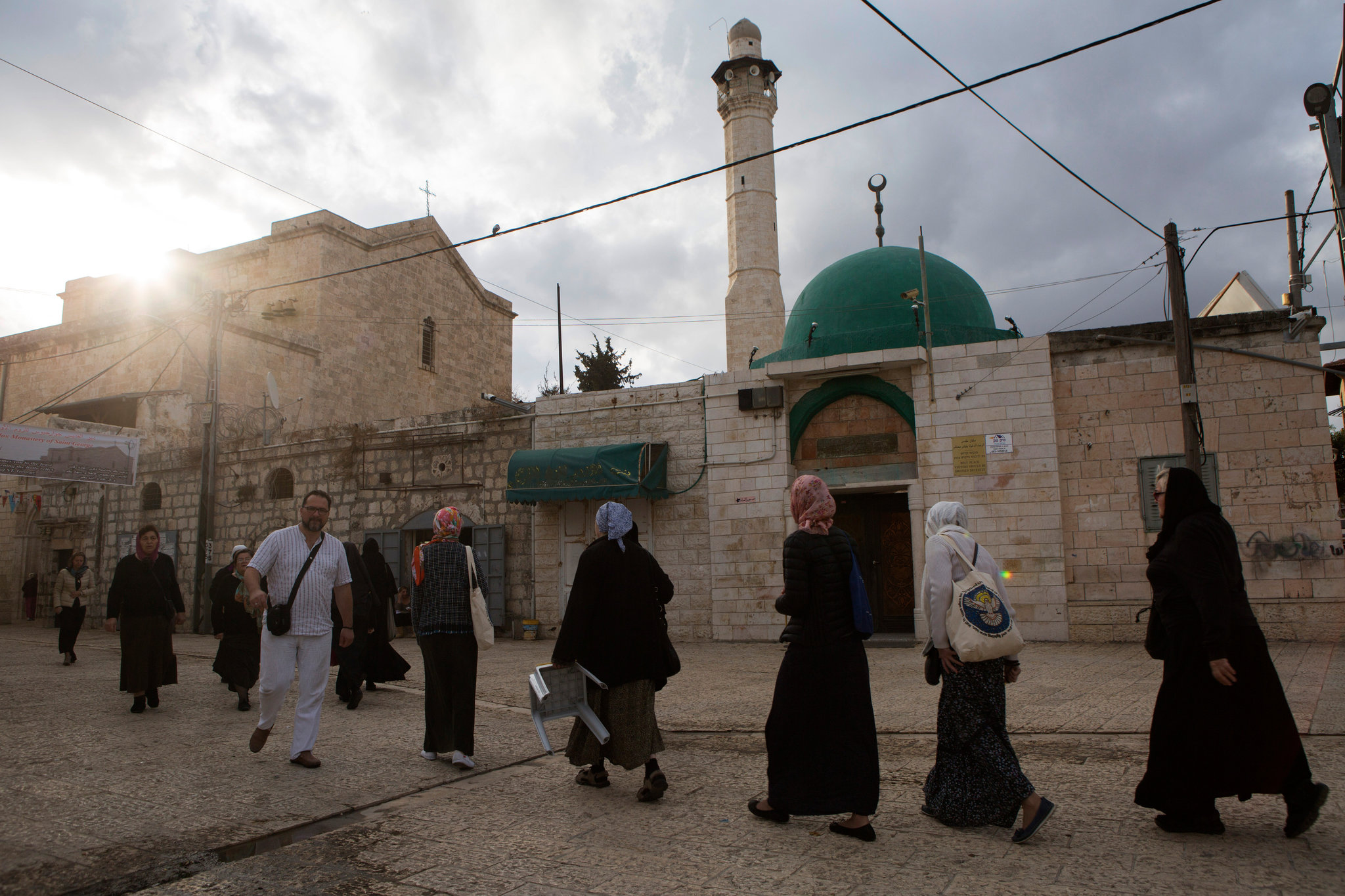 LOD, Israel — It would be easy to miss the mosque in a temporary building with a concrete floor and corrugated roof. But it is impossible to miss the constellation of six loudspeakers atop a giant metal structure resembling the Eiffel Tower.

Five times a day, starting well before dawn, these loudspeakers broadcast the muezzin’s call to prayer in Lod, a city of Arabs and Jews near Ben-Gurion International Airport, and therein lies one more friction point in a country full of them. One group’s expression of faith is another’s noise pollution, and Israel’s government is planning a crackdown.

A proposal backed by Prime Minister Benjamin Netanyahu and initially endorsed this week by his ministers would authorize the government to ban the use of loudspeakers by mosques and other houses of worship across Israel. For many on both sides of the nation’s sectarian line, few questions could prove more provocative than whether the muezzin should be muzzled.

“The call to prayer is a symbol of Islam,” said Adel Elfar, the imam of the Lod mosque, one of several that have been controversial here. “This is something that’s existed for 1,426 years.” He said that he could hear bells from a Christian church in town and that Jewish residents drove around the city every couple of months broadcasting from loudspeakers on their vehicles. “The call of every religion, if you get rid of extremism, shouldn’t bother anybody,” he added.

And yet it does. Among those bothered is Lod’s mayor, Yair Revivo, who is Jewish and announced last month that the city would broadcast the Shema, a central prayer that begins “Hear O Israel,” to counter the mosques’ call.

The first of Islam’s five daily prayers begins before dawn, noted Col. Motti Yogev, a member of Parliament who introduced the new ban. “The goal of the law is to prevent people’s sleep from being disturbed,” he said. “We have no desire to harm the prayer of the Muslims.”

The fight over the muezzin underscores a fundamental societal challenge for Israel beyond its conflict with Palestinians living in Gaza or the occupied West Bank. About 20 percent of Israel’s citizens are Arabs, and cities like Lod, where about a third of the nearly 73,000 residents are Arab, perennially struggle to find a comfortable balance. The conflict has also grown in Jerusalem, which is divided between largely Jewish and Arab communities.

The proposed ban, approved on Sunday by Mr. Netanyahu’s ministers and sent to Parliament, has drawn denunciations from Jordan and the Palestinian Authority. In a sign of the complexity of the issue, it drew surprise opposition on Tuesday from Israel’s ultra-Orthodox health minister, Yaakov Litzman, who temporarily blocked parliamentary debate and sent the issue back to the ministers because it might also affect the use of sirens to announce the beginning of the Jewish Sabbath.

Ahmad Tibi, a leader of the Arab members of the Israeli Parliament, or Knesset, said Mr. Netanyahu was inflaming anti-Muslim sentiments. “If the muezzin law passes the Knesset, I call on the Arab public in Israel to rise up; I call for a civil popular uprising,” he told a Lebanese television outlet. “All Muslims must be called to protect mosques, to defend the calls from the mosques.”

Amnon Beeri-Sulitzeanu of the Abraham Fund Initiatives, a nonprofit organization that promotes coexistence between Jews and Arabs, said the proposal conflicted with Mr. Netanyahu’s recent drive to increase investment in Arab communities to reduce gaps in educational and economic opportunities.

“You see those two conflicting trends yet again, which basically tells me that the Israeli establishment still hasn’t made up its mind in regard to its Arab citizens,” he said. “What do we want from the Arab Palestinian minority? Do we want to really integrate it and include it as an integrated part of Israeli society?”

The text of the proposed ban on mosque loudspeakers says that “hundreds of thousands of citizens” in parts of Israel “suffer habitually and daily from loud and unreasonable noise that is caused by the call of muezzin from mosques.” Colonel Yogev said it could be narrowed to apply only to sleeping hours.

Mr. Netanyahu has said he is trying to balance competing interests. “Israel is committed to freedom for all religions, but is also responsible for protecting citizens from noise,” he said this week.

In Lod, which traces its history to the days of Canaan, frustration over the mosques has grown as more Jewish residents have moved in since the evacuation of settlements in Gaza a decade ago.

There is already a noise law on the books, but advocates of the new legislation said it was not applied to the muezzin. “If someone is having a karaoke party with loudspeakers at night and you call the police, they will come and take down the loudspeakers,” said Amichai Langfeld, a member of the City Council. “But if you call about the mosque, they won’t.”

Under existing law, Mr. Langfeld added, the police must test the level of the call to prayer — or of any noise — to see if it exceeded the limit. The new law would simply ban loudspeakers.

Several Jewish shoppers and salespeople said that they did not mind the call during daylight hours, but that the earliest one invariably woke them up. Some described trying to muffle the noise with curtains or blankets, often to little effect.

Naama Reichmann, 32, who moved to Lod about five years ago, said the 4:45 a.m. call made it hard for her and her 2-year-old daughter to sleep through the night. “We don’t say they can’t do it, but not so loud,” she said.

Chaim Koti, 80, who was selling clothes, was more pointed. “They do it intentionally loud in order to bother us,” he said.

A few feet away, a group of Muslim vendors said the proposal to limit the muezzin was a slap in the face to them. They noted that the call to prayer had been sounded in Lod since long before Mr. Netanyahu came to power. “There’s hate for Arabs,” said Muhyi Sharabati, 22. “There are people who are against Islam.”

Safiya Matweeye, 19, said the authorities should focus on crime and violence instead of things that could discourage prayer. “It’s a good thing, because people come to pray instead of shooting each other in the street,” she said. “Religion keeps people honest.”

As they spoke, the afternoon call to prayer sounded. No one looked up. After a few minutes, it was over, the latest trumpet in Israel’s culture war.

Correction: November 16, 2016
An earlier version of this article reversed the given name and surname of the imam of the Lod mosque. He is Adel Elfar.